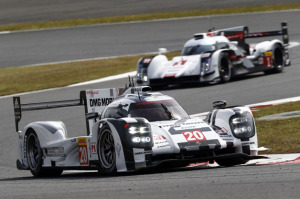 In the world of car races and automotive passion, the World Endurance Championship is a big thing. Almost as big as a bride’s wedding day (this is for you gentlemen; this way your partner can understand how much this championship means to you).

So the recent unveiling of next year’s calendar made fans all around the world shiver with joy. The schedule for 2015 comes to complete the previous 3 seasons but includes an extra surprise at Nürburgring (end of August).

How Does the Championship’s Calendar Look?

The new season will open its gates in March with the Prologue Castellet in France. This is where the official test will happen and at the same time it will give people the opportunity to see the participants at this roaring ‘beauty pageant’ (Nissan, Audi, Porsche, Toyota, etc.)

After this, there will be the opening race at Silverstone in mid April where the competing teams will fight for the Royal Automobile Club Tourist Trophy.

At the beginning of May, the 6 Hours of Spa (I have a feeling it won’t be as relaxing as it sounds) will precede the most popular race: ‘the 24 Heures du Mans’ that is to take place in June.

And finally the novelty in the championship is brought to us by the 6 Hours of Nürburgring during which Audi and Porsche will race at home for the first time in the history of the WEC. Triple wow!! Imagine the excitement of the German car manufacturers. And the pressure!

We’re closing the article with the statement of the CEO Gerard Neveu: ‘This calendar represents continuity and stability. We are very excited about visiting the Nürburgring and holding the first FIA WEC race in Germany, which will be a good homecoming for Audi and Porsche. Nürburgring has a long history with endurance racing and this event will be a good opportunity to celebrate it with both a modern paddock with the FIA WEC, and a historic paddock with the 50th anniversary of the 1000 Kms of Nürburgring.’

Are you as excited as he is? Stay tuned for fresh news!